Maximizing Your Reach on SmartNews

We value our publisher partners at SmartNews and want to make sure you are maximizing your impact on the platform. To that end, I’d like to provide some information about who SmartNews users are and the various ways you can work with us.

By becoming a partner, simple tactics such as integrating an RSS feed can help you gain more readers in the app, and adding a publisher channel that SmartNews can promote to our users will foster affinity. Coming onboard in our native format, “SmartView First,” can further increase your visibility and distribution. And some revenue-generating incentives are available. Read on to learn more!

SmartNews Users By the Numbers

As chronicled by Parse.ly’s Senior Market Analyst, Kelsey Arendt, SmartNews’s audience is growing both rapidly and steadily. “Plain and simple, the growth of SmartNews is real growth,” Arendt says.

SmartNews was cited in February as the most reliably growing external traffic referrer, increasing by an average of 8.8 percent per month across the 3,000 sites that Parse.ly tracks. 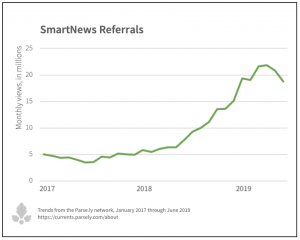 And as mentioned in our recent fundraising news, we currently reach 20 million users each month globally. In just one year, we doubled the number of our global monthly active users from 10 million to 20 million. This growth was primarily driven by an increase in our U.S. user base. (SmartNews also has a major presence in Japan, where the company was founded in 2012.)

Penske Media Corp., a SmartNews partner since 2015, has added several titles to their portfolio in the last year-and-a-half. The company moved swiftly to bring these new properties onto the SmartNews platform by integrating their RSS feeds and by launching dedicated publisher channels. These sites include Rolling Stone, SheKnows, Stylecaster and the new millennial-focused shopping site Spy.

Says Katie Passantino, Director of Audience at Penske: “We’ve long relied on SmartNews to help with distribution of our legacy sites and our latest acquisitions because we’ve always seen direct results. That’s more true now than ever. Pageviews from SmartNews are up more than 200% year over year across PMC’s sites.”

Integration with a feed has become increasingly important as we’ve enhanced our passive personalization feature — the “For You” section found on the “Top” channel — and have begun including personalized content in our push notifications.

During this period of growth stateside, we’ve made sure to focus on quality engagement metrics rather than just the number of new users.

You may have seen our ads on cable news networks, or been prompted to download the ad through a Facebook boosted post. In a company driven by an engineering culture and data science, you can bet that we quantify all of this growth activity — TV commercials included — based on strict user-retention and engagement criteria. Read a bit about our growth tactics here.

Our focused marketing efforts complement the app’s core features: a fast machine-learning approach to news curation emphasizing a diverse set of headlines and publishers, and a great UX with offline capabilities.

The result is a user base that is engaged as well as informed. On average, SmartNews users spend five hours a month using the app, according to App Annie data. That’s two to three times higher than other leading news apps.

A recent Nieman Lab profile of SmartNews by Laura Hazard Owen highlighted many of the ways publishers work with us, and we recommend checking it out. The article posed a question around the loyalty of those users, as did an article by Axios in February.

What we hear from our partners is that SmartNews users represent a high-quality source of audience characterized by repeat visits, multiple pageviews per session on average, and high time-spent metrics. And according to recent Parse.ly data, on average, one in four SmartNews users coming to sites in the Parse.ly network are returning visitors. This demonstrates that SmartNews is not only introducing your content to new audiences, but also helping to create loyal users.

Arednt notes, “SmartNews has exhibited some of the most steady and reliable growth we’ve seen in the news aggregator space. We’ve also noticed the platform’s referrals are loyal—on average, one in four SmartNews users is a returning visitor to sites across the Parse.ly network.”

If you’re a regular SmartNews user, you may have noticed that more and more stories are highlighted by a lightning bolt in the headline view. 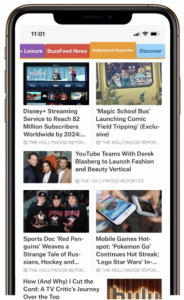 The lightning bolt means the story defaults to SmartView—our clean, instantly loading, works-even-when-there’s-no-internet-connectivity native format. Making SmartView the default has been the feature enhancement most requested by our users since we launched. But we’ve been careful in how and for whom we’ve made the switch, doing so only by arrangement with select publishers to make sure their business models wouldn’t be adversely affected. 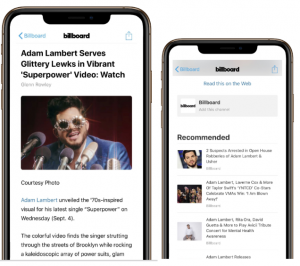 The Billboard Music Group—Billboard, The Hollywood Reporter, Vibe, Spin and Stereogum—recently launched as SmartView First, to immediate results. “We saw an immediate increase in traffic across all our brands after coming on as a hosted partner,” says Jack Reidy, Director of Business Development at Billboard. “Some of our sites have more than doubled their reach on SmartNews. Our breaking-news coverage and original journalism in the music and entertainment space have been a great fit.”

There are several incentives for publishers adopting the SmartView First format, ranging from inclusion of the their own ads and analytics tags, featured placement for sponsored or affiliate links, and revenue incentives in exchange for inclusion of some SmartNews advertising.

The SmartView First initiative will expand further this year and  in 2020. If you’re interested in learning more, please reach out to Bernie or Nic via email. For anything else, just send a note along to partners@smartnews.com. We look forward to hearing from you.